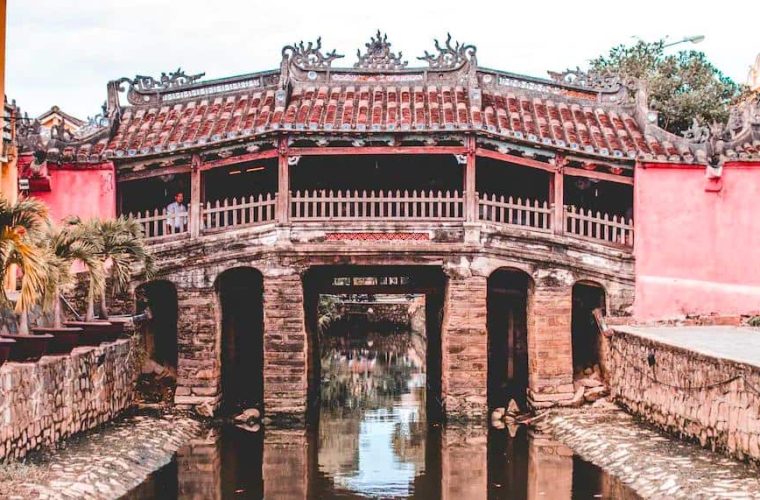 Among the silk shops, café and mini-hotels on busy Hàng Gai street in Hà Nội’s old quarter, there is a magnificent, century-old banyan tree in front of the Đình Cổ Vũ communal house. Revered in Buddhist culture, the tree has survived the rapid urban development around it with its trunk and roots spilling onto the footpath.

In his public lecture, publicist Hữu Ngọc likens Vietnamese culture to the banyan tree with its trunk representing the national identity forged in the Red River Delta and its branches symbolizing foreign influences. The thickest branch of his symbolic tree would be reserved for China. For all vestiges of French colonialism, it was the Chinese occupation and the subsequent uneasy relationship between Việt Nam and its powerful northern neighbor that has made Việt Nam the country it is today.

In the second century BC, a Chinese army invaded the fertile Red River Delta and stayed for an entire millennium. There were numerous revolts – often headed by women. The most famous was led by the Trưng sisters, Joan of Arc-like characters who were able to take power for a couple of years before being defeated by the ruthless veteran commander, Ma Yuan. Myth has it that, distraught by their loss, the sisters committed suicide by drowning themselves. Today, nearly every city and town have an Hai Bà Trưng street in honor of that early struggle for independence. It would take another eight centuries before Vietnamese forces, in 939 AD, were finally able to defeat the Chinese army at the famous battle of Bạch Đằng River near Hạ Long Bay.

The Chinese brought Buddhism, Taoism, and Confucianism, with the latter the most powerful influence. It introduced a new, strict hierarchy into public and private life, demanding respect of subjects for their rulers, children for their parents, and wives for their husbands. While this philosophy made significant inroads into Vietnamese culture, it could not entirely displace the tradition of ancestor worship. Village life remained, to a large extent, beyond the grasp of the Chinese occupiers, as expressed in the popular proverb: “The Kings decrees yield to the customs of the village.” To this day, Confucian culture and ancestor worship live side-by-side in almost every Vietnamese household.

Chinese influence extended to food and food production through the introduction of modern agricultural practices. The plowshare, water buffalos, and fertilizer changed the landscape of the Red River Delta into a patchwork of rice paddies and wet rice cultivation established the concept that a meal consists of rice with supplementary food. The Chinese also introduced chopsticks which quickly became a symbol of civilization.

The Vietnamese victory of 939 did not end the influence of Chinese culture on Vietnamese cuisine. In the 17th century, the emperor Lê Thánh Tông accepted 3000 Chinese refugees after the overthrow of the Ming dynasty. They arrived on board fifty junks, sailing up the Mekong River and settling outside what was to become Sài Gòn.

Over the centuries, the trading community became part of the greater Sài Gòn region and the hub of Chinese culture in Việt Nam centered on the district of Chợ Lớn, which literally means “great market” – Việtnam’s very own Chinatown. The trade was mostly divided along ethnic lines. Traders from Hakka controlled the import of Chinese herbs, Hokkien speakers the rice, and migrants from Teochew the tea trade. Merchants from those different backgrounds also organized themselves into “Congregations” to deal with the Vietnamese and later French authorities. Many of the colorful Congregation Halls are now main tourist attractions.

The Chinese migrants brought new dishes from their home countries such as roast pork buns, stewed pork belly, and Cantonese noodle soups which formed the basis of the famous pho. They also introduced a restaurant culture to a country that, up to that point, was unfamiliar with the joys of eating out. At the height of the Việt Nam War, Chợ Lớn was a vibrant commercial centre with a population of 800,000 ethnic Chinese and countless restaurants and gambling dens.

The great commercial success of the Chinese merchants, however, also attracted hostility. They were excluded from the rice trade in the 1940s, for example. After the communist victory in 1975, the Chinese trading community had to face even greater pressure from a government that was deeply suspicious of private business. As a result, many of the boat people who settled in the US, French, Australia, and other countries were of Chinese heritage and the Vietnamese restaurants in the West commonly serve the southern food they brought with them. 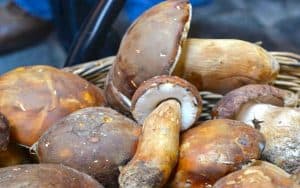 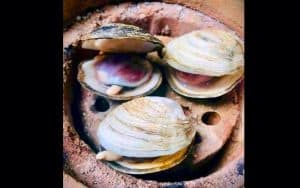 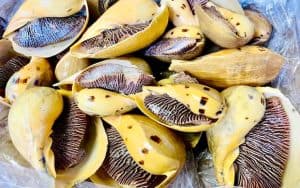