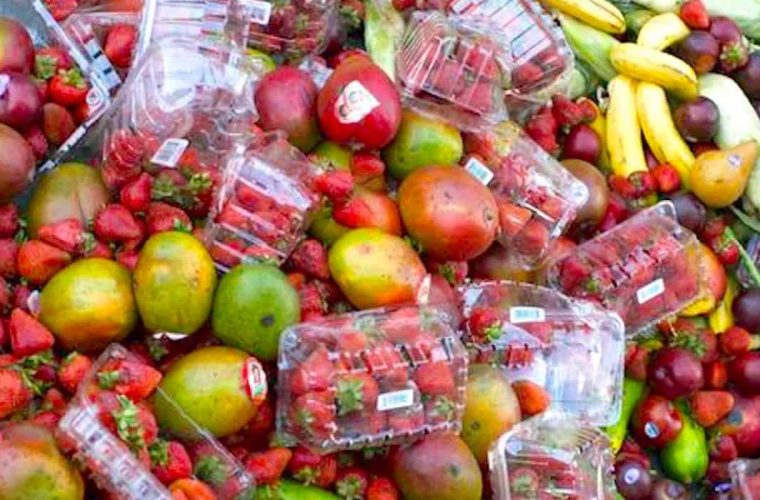 “Food loss” refers to any food lost in the supply chain, while “food waste” refers to the discarding or non-food use of products that are safe and nutritious for human consumption.

Globally, we know that losses happen before food even reaches the stores, with an estimated 20 per cent produce in farms rejected for cosmetic reasons. These include carrots that are slightly curved, strawberries that are too large, and cucumbers that are too yellow, the list is long. Because they are less than perfect, farmers have no other option than to leave the produce to rot in the fields, which does not only drain valuable resources but also generates 2.2 billion tonnes of greenhouse gas per year, directly contributing to climate change.

Singaporeans love their food, yet food waste is the second-largest waste stream to be disposed of. Food waste is a major concern in Singapore, one that is complex and where there is simply no one solution.

That’s the facts in Singapore

According to the National Environment Agency (NEA), 763,000 tonnes of food waste was generated in 2018, equivalent to the weight of 54,000 double-decker buses. This has increased by about 30 per cent over the last decade.

In other words, each household in Singapore throws away an estimated S$258 worth of unconsumed food annually.

Across all households, that amounts to about S$342 million of wasted food a year. Put another way, an average household tosses away the equivalent of 52 plates of nasi lemak over 12 months or 62kg worth of food per person in Singapore.

Nationwide, two million tonnes of food is imported into Singapore, of which 393,000 tonnes is lost.

A survey done by the NEA and Agri-Food and Veterinary Authority of Singapore (AVA) in 2015 found that the top three reasons people threw out food was because it had expired, had gone mouldy, or that it looked, smelled or tasted bad. People cited that “food has gone out of date” as their top reason for wasting food at home.

The study found that about a third of consumers surveyed throw away 10 per cent or more of uncooked and unconsumed food items per week. Further observations, after food is cooked, carbohydrate items such as rice and noodles are two of the most commonly wasted food items when people eat out at hawker centres, coffee shops and food courts. Some reasons for not finishing their food according to the interviewing for research are the food portions were too big and because consumers wanted a wider variety.

The report further cited that 80 per cent of the respondents do not fully understand the difference between various labels such as “use by”, “best before” and “date of expiry” used on product packaging.

Another major concern is that food loss begins before it reaches consumers. Meaning, the 393,000 tonnes of food lost during production, processing and transportation.

For locally produced food, the study found that more than 5,000 tonnes is lost at production, and close to 2,000 tonnes of food is lost during post-harvest handling and storage.

During the processing and packaging stage of imported and locally produced food items, the SEC (Singapore Environment Council) said food loss is close to 75,000 tonnes, with another 116,000 tonnes of food loss during distribution.

Some of the key drivers of food loss identified in the study are:

-Poor cold chain management
(one example: produce is not kept chilled throughout the entire process).

-Imperfect produce and strict cosmetic standards by retailers and end-users.

However, the problem does not stop there. Even after ugly food is tossed out by distributors, the waste continues even after it makes it to the kitchen, with restaurants procuring more food than they need or not utilizing all parts of a food item.

What happens when you waste food in Singapore?

When food is wasted, more food has to be sourced to meet the food demand and this affects food security since Singapore imports over 90% of the food supply. As a result food waste puts pressure on the resources such as waste-to-energy plants and landfills for incineration ash. This is not sustainable for land-scarce Singapore.

Tax incentives to support recovery and for qualifying food donations to a food bank or other charitable organization.

Implemented programmes to reduce food waste like in Taiwan and South Korea, including pay-as-you-throw systems which require people to pay for the overall amount of waste that they dispose of.

We need to have a comprehensive infrastructure in place to turn the discarded food into biogas.

An importer needs to buy better quality products. There’s no point buying cheaply and discovering it’s rotten upon arrival. Keep the products at the right temperature. Open to better technologies, there will not only be less food waste but “fresher food” for consumers.

Farmers and producers could consider turning perishables such as fruit and vegetables into longer-lasting products, such as jam and pickles.
Another suggestion to reduce food waste is selling aesthetically unappealing food at a lower price point at speciality stores. This “ugly food”, which would typically be tossed out by supermarkets, is still safe for consumption.

The supermarket may have to rethink their business models, to incorporate solutions that avoid waste wherever possible.

A shift in mindset to buy less food is needed. One solution, even if it means paying a higher price for not buying in bulk.
To order only what you can finish, ask for less rice and noodles, and say “no” to side dishes you won’t eat.
Do not throw away unconsumed food

Being an effective and organized planner, shop 2-3 times per week

Make sure they consume all food items bought, and do not buy more than you need

Use transparent containers for your leftovers. This will help you easily take stock of all leftovers at home

Look at what you have at home and develop your menu to incorporate some of the leftovers.

Keep the oldest ingredients in front of a cabinet or refrigerator selves. Otherwise, items tend to get pushed to the back where they are forgotten and eventually spoil.

Good kitchen hygiene can go a long way in keeping ingredients fresher for longer. Cooldown newly cooked food (within four hours) in shallow containers or in an ice bath.

Once they’re cold, cover, write the date and refrigerate quickly. If you don’t manage to consume within a few days, you could freeze it for a later time, or donating to family or friends.

Filling up your fridge with piles of ingredients will reduce air circulation, resulting in the refrigerator temperature not maintaining consistent safe temperatures. 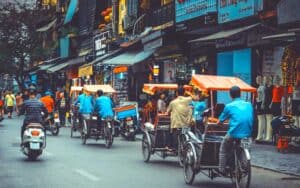 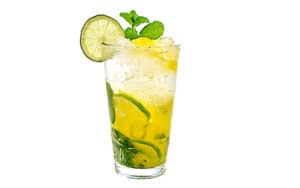 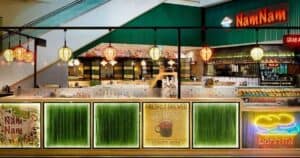 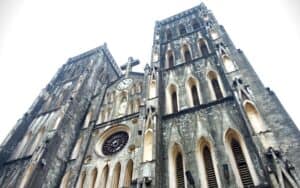