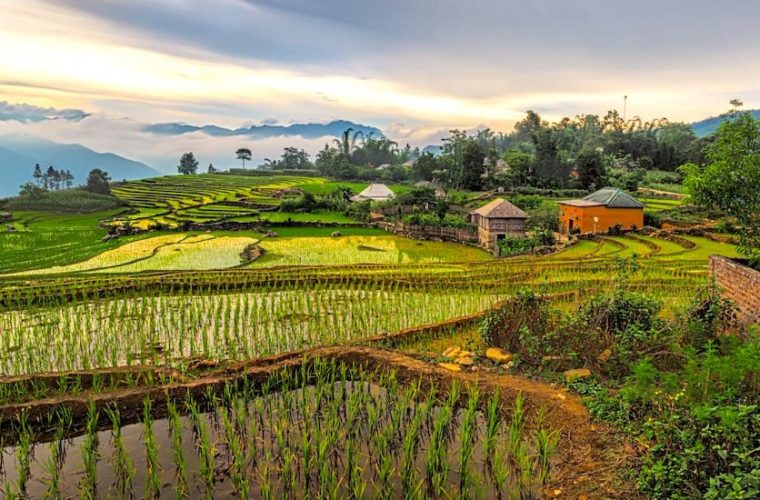 Did you know that the Vietnamese language has over ten words for rice?

However, three common names will be mentioned here; namely, a rice plant is referred to as lúa, and in its raw state, rice is called gạo. When boiled in a pot, it becomes cơm.

Rice is closely linked to the circle of life, and special dishes, often made from the less common glutinous or sticky rice, feature prominently at births, weddings, and New Year celebrations. And it even goes beyond life itself – bowls of rice porridge are left for the dead at funerals to ensure they do not have to suffer from hunger in the afterlife. In the countryside, the dead are also often buried in rice fields – like many Vietnamese traditions, a gesture both rich in symbolism and practicality. The grave prevents the children from selling the family plot because of their obligation to the dead.

Indeed, if there is one food Việt Nam identifies with, and with which it is identified, it is rice. This is, of course, somewhat ironic, given that rice was introduced by their arch-enemy China, where it had been cultivated for thousand years before reaching the Red River Delta. But the Vietnamese have made rice their own. So much so, in fact, that in the eighteenth century the scholar Lê Quý Đôn was able to identify more than seventy different rice strains under cultivation in Việt Nam.

To say that Việt Nam is densely populated is a gross understatement – ninety million people are crammed into a country about the size of Italy but with a population roughly one-third larger. And all these people need to be fed! Periods of rice shortage are etched into the minds of the older generation. It is one of the great achievements of modern Việt Nam to have turned itself around from a poor rice importer into one of the world’s top rice exporters.

Population density is one of the reasons why rice has become the most important food of the region, as it produces higher yields than any other staple, which is necessary to feed the hungry masses. There are other advantages also – consisting of about 80 percent starch, it is a high-energy food, and it is easy to transport and store.

Việt Nam’s distinct shape is often compared to the bamboo pole with two baskets laden with fresh produce at either end that is traditionally carried by market sellers. The baskets symbolize the fertile Mekong Delta in the south and the Red River Delta in the north – Việt Nam’s main rice-producing areas. Subtropical, warm and wet, the Mekong Delta produces three harvests per year, while the Red River Delta, with its cool winters, produces only two. But rice is not only grown in the fertile lowlands; the hill tribes also cultivate the plant, albeit a different variety. Many Montagnards produce sticky rice on dry, terraced fields, sometimes still using the traditional slash-and-burn method.

Today, 80 percent of Vietnamese are still living and working outside the big towns and cities, and the overwhelming majority is involved in growing rice. The work is hard – rice farmers spend their days with pants rolled-up ankle-deep in the mud, trudging behind a plow pulled by water buffalos, or bending over for hours to plant and, three months later, harvest the rice. Rice gives the Vietnamese countryside its characteristic look: the patchwork of rice paddies separated by dams; the tender light green of the young rice shoots; the lush dark green of the mature plant; and finally, the rich golden color of the harvested rice laid out on village roads for husking.

Because rice can take on all kinds of flavors, it features in virtually every meal. The grain is a true culinary all-rounder. It can be steamed, boiled or fried, turned into flour, paste, paper or noodles, and it can even be made into a powerful wine, “rượu đế.”

The white rice kernel has many usages, and so does every rice by-product; nothing goes to waste when you are in Việt Nam. The straw can be used as fuels in the kitchen, composts, the bed to grow the straw mushroom “nậm rốm”, or made into fashionable items like flip-flops or a wide-brimmed hat. The rice husk can be used as solid fuel; the rice bran is mostly to feed the pigs.

Rice is the staple diet of Việt Nam. It is often said that all their three meals in a day consist of “rice and something else.” If rice is not eaten then anything else eaten is not a meal but a snack. 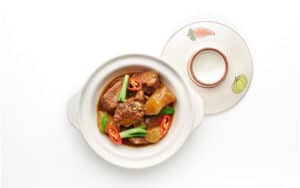 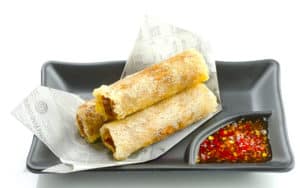 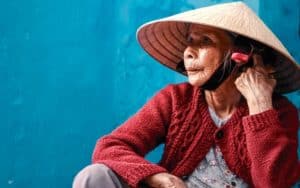