Cà phê trứng (egg coffee), probably Việt Nam’s most luxurious cup of joe, has a less spectacular past than its elaborate appearance suggests. This smart workaround was created out of necessity and quick thinking to deal with wartime dairy shortages.

In Hà Nội, coffee drinkers rely on a steady stream of condensed milk to balance out the strong Robusta brew served in most coffee shops. In fact, simply ordering a cà phê sữa (milk coffee) is interpreted as hot Robusta coffee with sticky-sweet condensed milk. What happens when the milk runs out? The remaining breakfast staples—eggs and coffee—are called upon for greatness.

Coffee consumers in Việt Nam rely on a continual supply of condensed milk to counteract the robust Robusta brew. In fact, ordering a cà phê sữa (milk coffee) translates to hot Robusta coffee with sticky-sweet condensed milk. When the milk runs out, what do you do? The last of the breakfast staples—eggs and coffee—are called upon to perform heroically.

It was Nguyễn Văn Giang invented egg coffee in 1946 in of Hà Nội. While bartending at the Sofitel Legend Metropole Hotel, Giang whisked in an egg as a much-needed substitute due to the demands of a milk shortage brought on by the First Indochina War. After the success of Giang’s signature drink, he founded Café Giang, where his son currently serves the legendary egg coffee.

Of course, egg coffee entails more than merely cracking an egg into your daily cup of joe. Egg coffee in modern Việt Nam is both a dessert and a beverage. Heavy Robusta is now topped with a mixture of hot, whisked egg yolks, sugar, and creamy components such as condensed milk, cheese, and butter. Similar to the French sabayon. Drinking the beverage is such a luxurious experience that it barely hints at its wartime origins. The thick, sweet mixture reminds me of liquid tiramisu, a coffee-flavored Cadbury Crème Egg, or an affogato (a coffee-based frozen dessert), but without the brain freeze.

Coffee was brought to Việt Nam by the French, primarily to satisfy their own colonial expatriate communities. As other economic forces and collaborators from Europe influenced Việt Nam’s, such as the French in the 1860s through the early twentieth century and the Germans in the mid-century, who opened them up to instant coffee production, coffee began to make its way into cities, where its popularity has grown ever since.

Nowadays, coffee culture is now deeply ingrained in Vietnamese culture. The elder generation prefers to relax in sidewalk cafes and socialize while smoking cigarettes. The younger generation is more interested in the European-influenced cafe experience, going out to be seen and chat with friends in cafes. Many of these cafes are designed to look like discotheques, complete with loud party music. 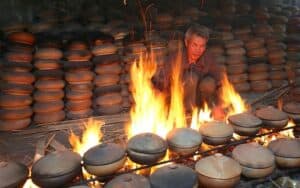 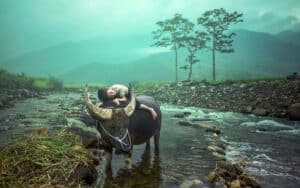 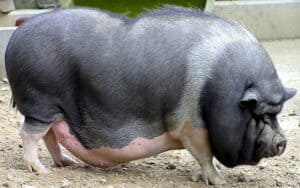